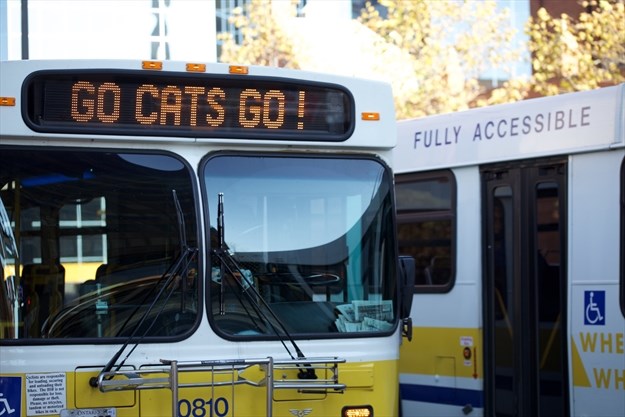 The city is conducting the Waterdown Community Transportation Management Study and is calling on residents to have their say. – HSR/Twitter

City officials say traffic and road safety are two of the biggest issues they’ve heard about from Waterdown residents, as they embark on a study of the village’s transportation needs.

The city is conducting the Waterdown Community Transportation Management Study in parallel with a secondary plan for the village’s downtown, but the transportation study covers a much larger area, including much of the village.

The purpose of the study, according to the City of Hamilton website, is to address existing issues and to identify transportation needs that support future developments.

In terms of existing issues, “The road network and road safety is the priority that people have voiced the most often,” said Steve Molloy, the city’s manager of transportation planning. He said that although there’s “very limited” opportunity to expand the road network in the area, there are other measures the city can investigate to better optimize the existing infrastructure.

“During peak hours, can we increase the volume capacity for vehicles?” he suggested. “Like every other neighbourhood, cut-through traffic is an issue (in Waterdown), and neighbourhood speeding.

“The solutions could include lower speed limits or speed bumps, (but) we would want to give as much empowerment to the residents as we can.”

Molloy said issues about active transportation — walking and cycling — have been flagged, as well. There are several roads in Waterdown for which future bike lanes are listed in the city’s cycling master plan, including Parkside Drive, Mountain Brow Road, Dundas Street, Mill Street and Hamilton Street. Further, Milloy noted, reducing traffic on neighbourhood streets can also have a beneficial effect on active transportation.

“When you create a more comfortable environment that slows vehicle traffic down, it creates a more pleasant environment for cycling and walking,” he said.

Molloy said his team hasn’t heard many concerns about transit in Waterdown — “it’s a fairly high automobile usage area” — but will still consider improvements when looking at what is feasible and what residents desire. “We do want to make sure we roll over every stone we can … We need to be more multimodal.”

Flamborough Coun. Judi Partridge (Ward 15) said her office often fields concerns about transit, particularly the lack of a link between Waterdown and downtown Hamilton, McMaster University and the west end of the city. Currently, transit users must take a bus to Aldershot GO station in Burlington and transfer to Hamilton there. The trip to Dundas, which takes 15 minutes by car, takes three buses and more than an hour on transit.

Partridge said discussion about the Waterdown bypass, which has finally gone out for tender, was the village’s focus for so long that it’s nice to move on and talk about other transportation issues.

“Now we need to (identify) what we need to do to help traffic flow at a reasonably smooth rate through town. What do we need to protect the neighbourhoods … from cut-through traffic?”

She said traffic on Dundas Street is sure to come up in the discussion.

“Dundas Street is two lanes, one in each direction, with parking on both sides and lay-bys that jut out to ensure there is no flow-through on those outer parking lanes. Would it be reasonable to take out the parking and lay-bys to create a four-lane Dundas Street to move traffic through in a smoother fashion?”

The city is taking input on the transportation study and the secondary plan on its website and plans to host a public meeting in October, although a date has not been set. Partridge said she hopes residents participate with constructive ideas.

“What I don’t want is people coming to these meetings to complain about what hasn’t been done,” she said. “That isn’t going to solve the issues … It’s a wonderful community right now, but it does have some issues with transportation, traffic and definitely with development.”